New Orleans is perfect for a million reasons. It could be the amazing architecture, the colorful buildings, the rich history, the energy or the phenomenal food. There was a lot of food I had never tried before so I loved how new everything was to me. We learned about the different food influences and Creole cooking and I loved all of it. We didn’t have enough time to try all the different restaurants I wanted because I had such a huge list. I got tons of recommendations and have been doing research for a long time for New Orleans. New Orleans must tries are gumbo, jambalaya, bbq shrimp, beignets, a muffuletta, a po boy and kings cake. I got to try all of them except kings cake (which we were told was usually only around during Mardi Gras). Below I added in all the places we tried, which ones need reservations and dress codes and which ones I really wanted to try but didn’t fit in. Luckily we will be living within driving distance to this place because I plan on coming back and eating here as much as possible. 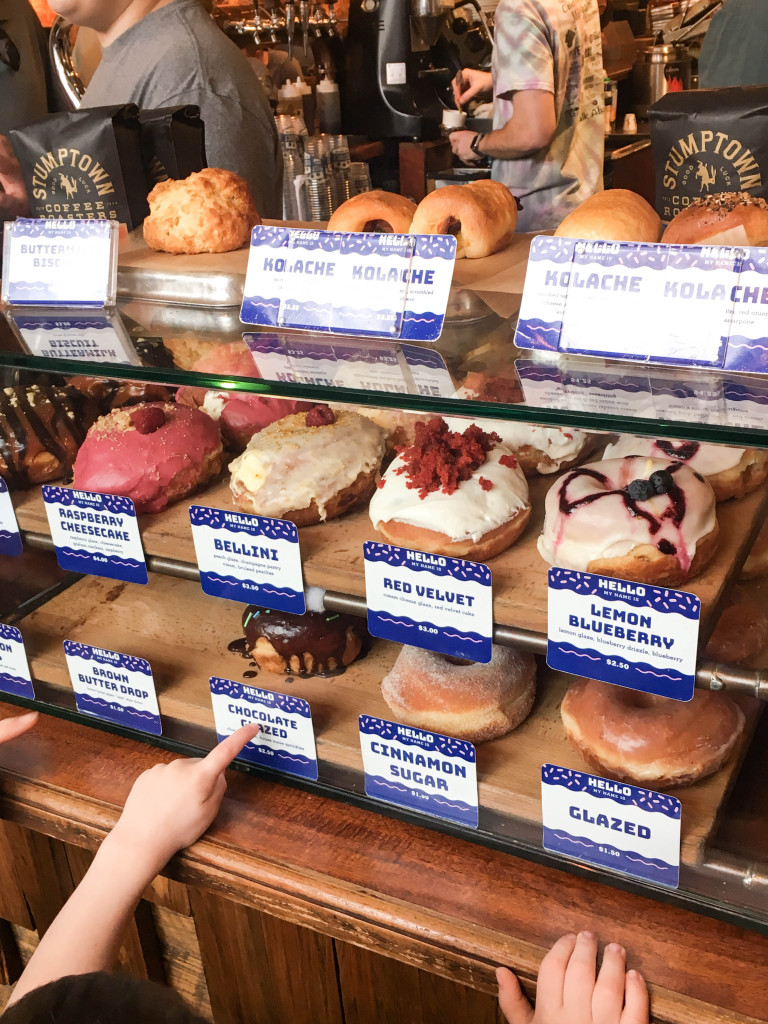 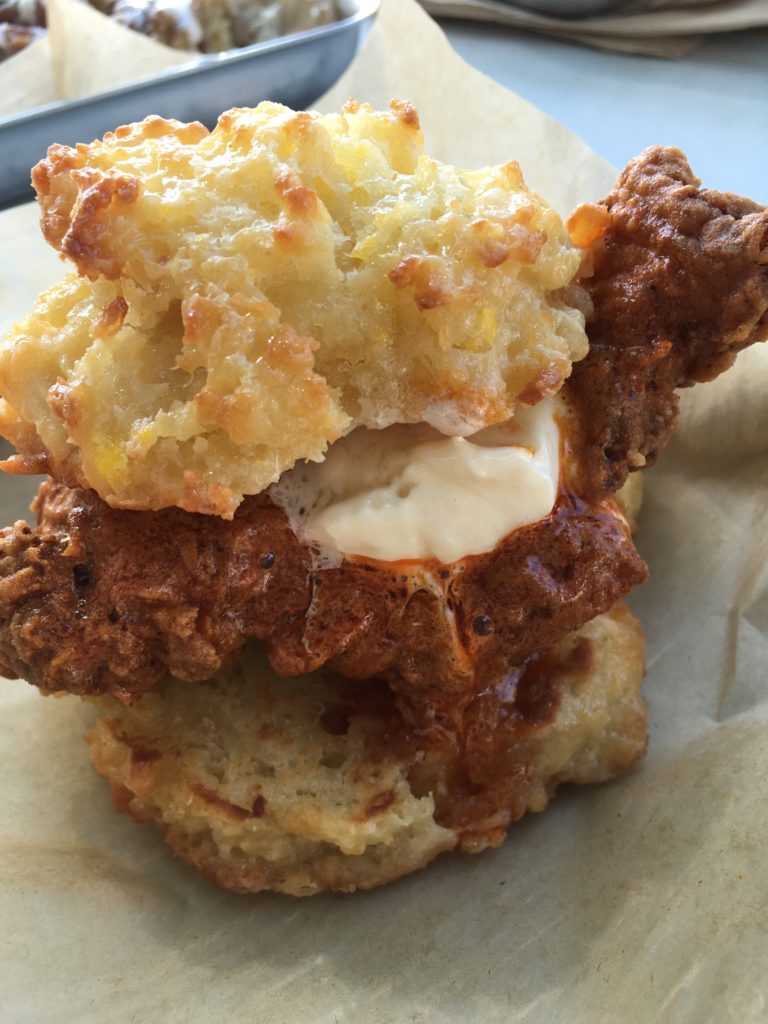 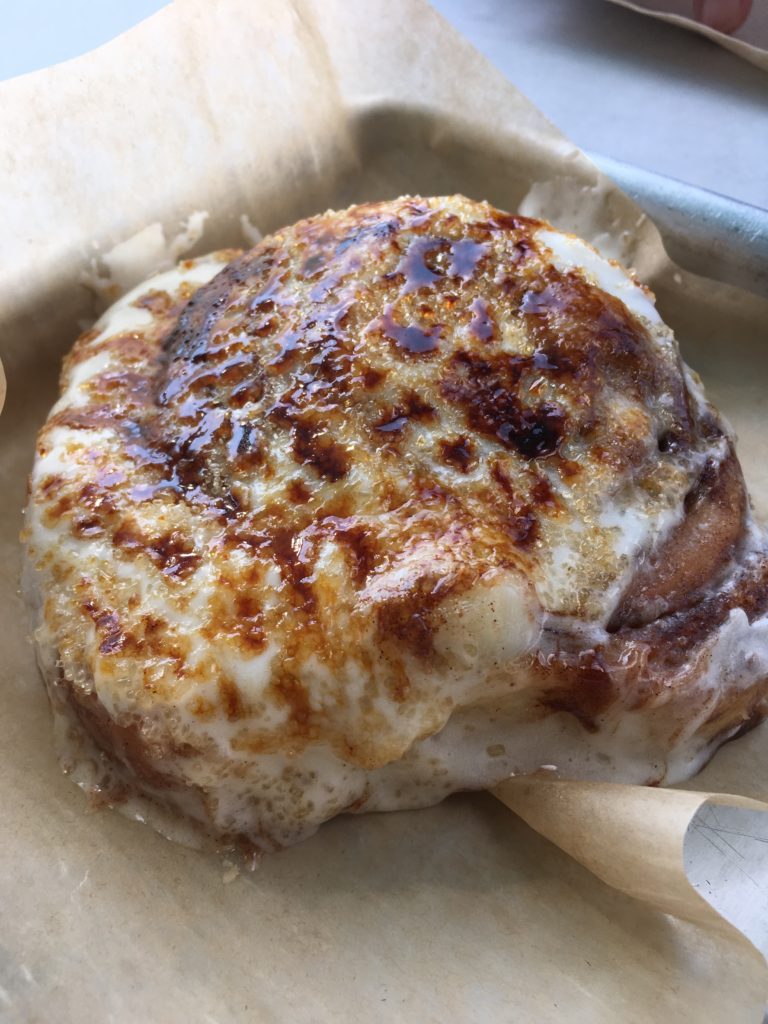 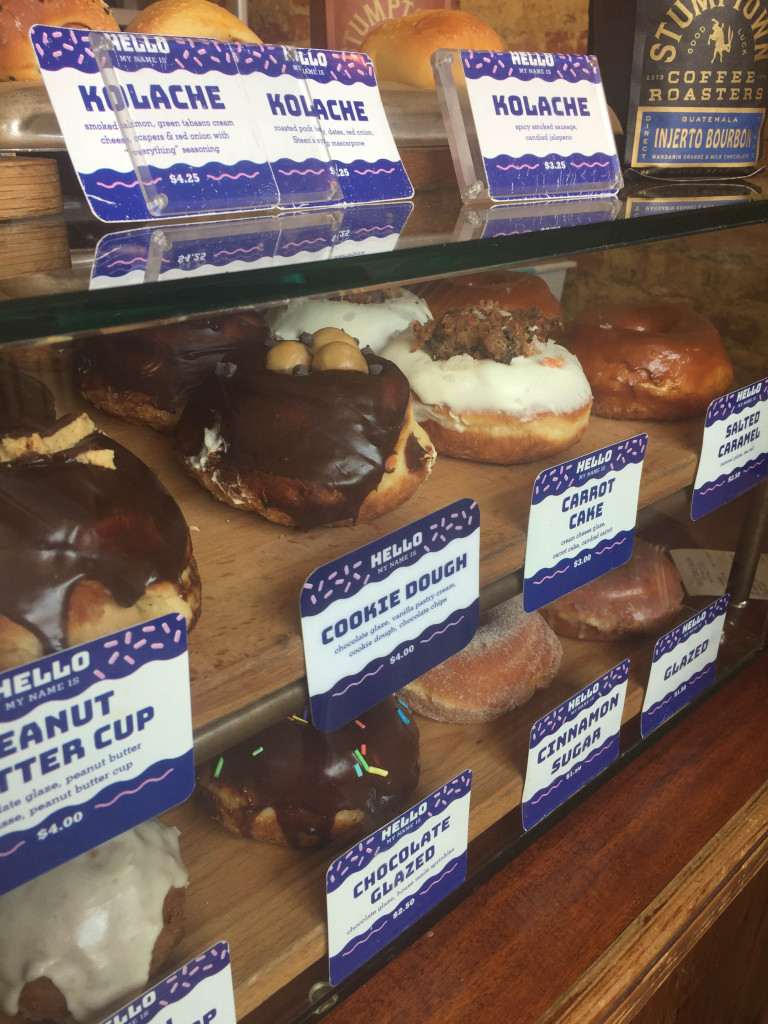 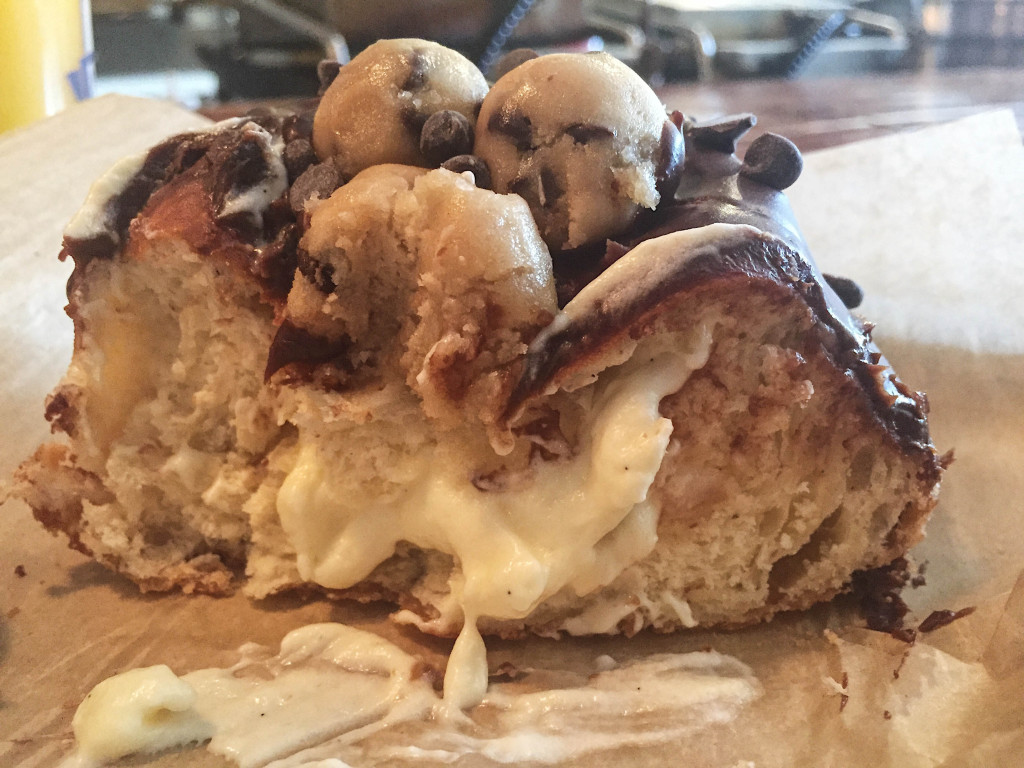 THIS PLACE HAS BEEN ON MY LIST FOR YEARS. YEARS. I am writing in all caps because if there is one place you need to go to in New Orleans it is here. We didn’t get to all my breakfast/brunch places because we ended up eating here every single morning haha. First off, they don’t just have donuts. They have biscuit sandwiches and breakfast drinks and so much more. All the donuts are fluffy and change weekly. (They changed daily the first time we were there and I am kinda sad its weekly now.) The cookie dough one above was one of my favorites. As you can see, they are big enough to share! My all time favorite thing I tried was the cinnamon roll. They have a brûléed one that I specifically went for and the first day they dropped the whole tray which is why we ended up going back the next day and I am so glad we did. It was really good but after that I got it without the brûlée just like a regular cinnamon roll and it was probably the best cinnamon roll I have ever had. EVER. I am still thinking about it. I called everyday before we left because they always run out of these and they would say when they are getting the next batch out and we would pop over when they were gooey and warm. If you are wanting to try it I recommend doing this because they always sell out. There are multiple locations and there is always a line but it moves really fast so don’t let that deter you. This place is listed as one of the best donut places in the U.S. so you have to try it!! 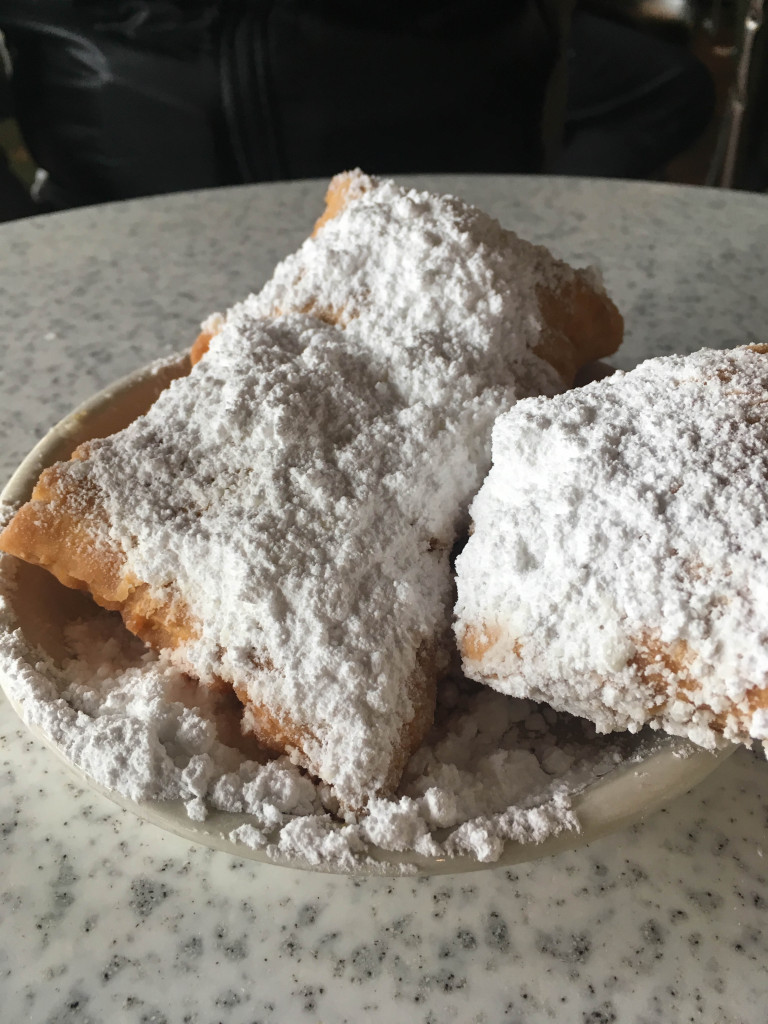 I feel like this is a must, if you go to NOLA and don’t try beignets did you really even go?! This place is all you hear about when it comes to them. I actually just watched an episode where Kim Kardashian went here three times on her trip because they are her most favorite thing. A couple things to note: you can only pay with cash, there is no host- you seat yourself, they come in an order of three for like $3?, there is typically a huge wait anytime during the day. We got up early one day like 7:45ish and there was no wait though, so if you are an early riser that is a great time. Apparently it is open 24 hours so if you go really late apparently the wait isn’t bad either! 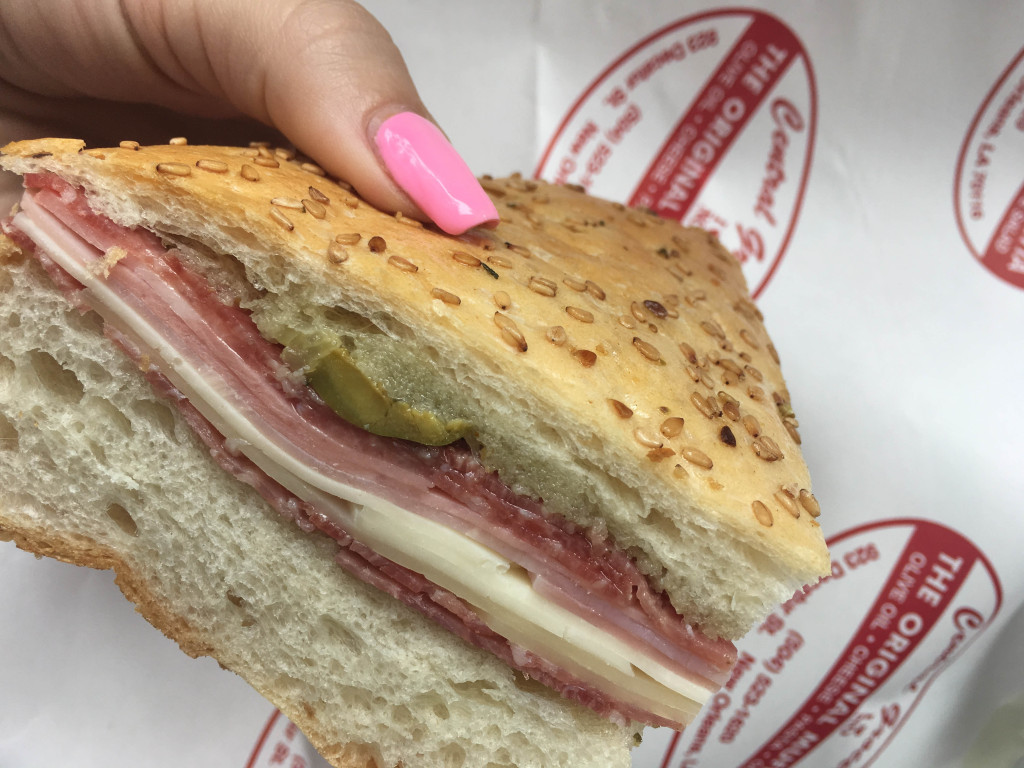 This place was actually a recommendation and it was really good considering it wasn’t something I would typically order because of all the olives. Lyle really liked it too! It is very close to Cafe Du Monde and Jackson Square so you won’t have to venture too far. The line is always really long too but it also moves fast! There are several places that sell these but this is supposedly the best and the man behind us in line said he tried a couple other places and they were too salty so there’s a locals opinion. We just got a half that they cut in half and it was more than enough. It’s from Italy and it’s pretty popular down here. 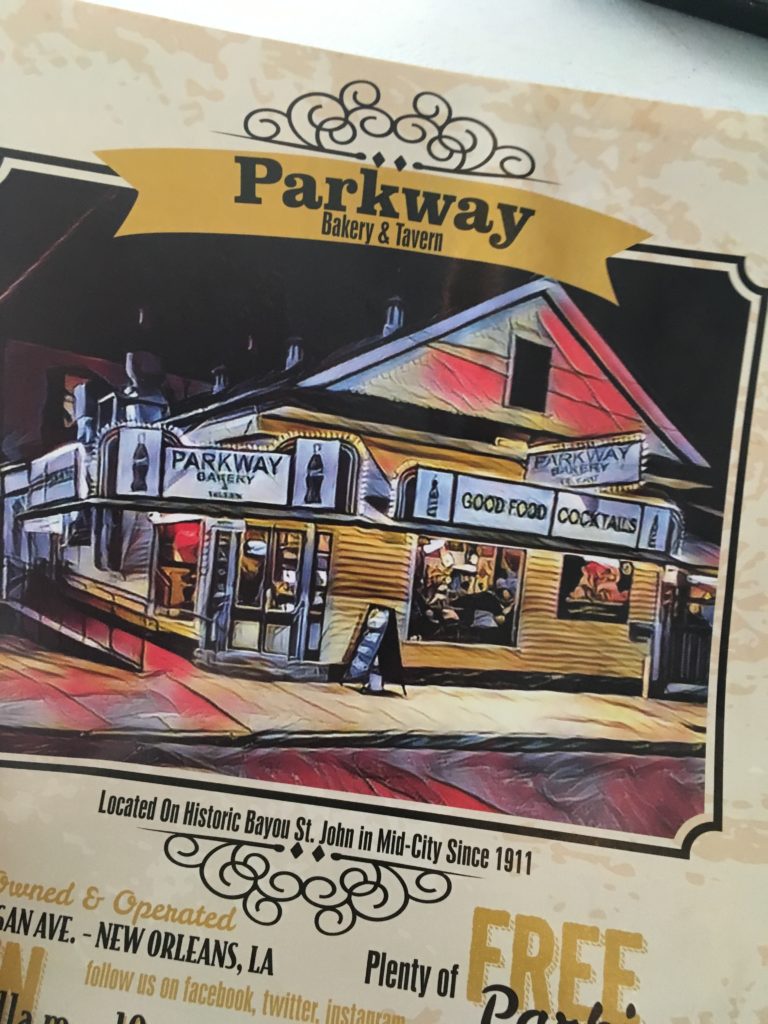 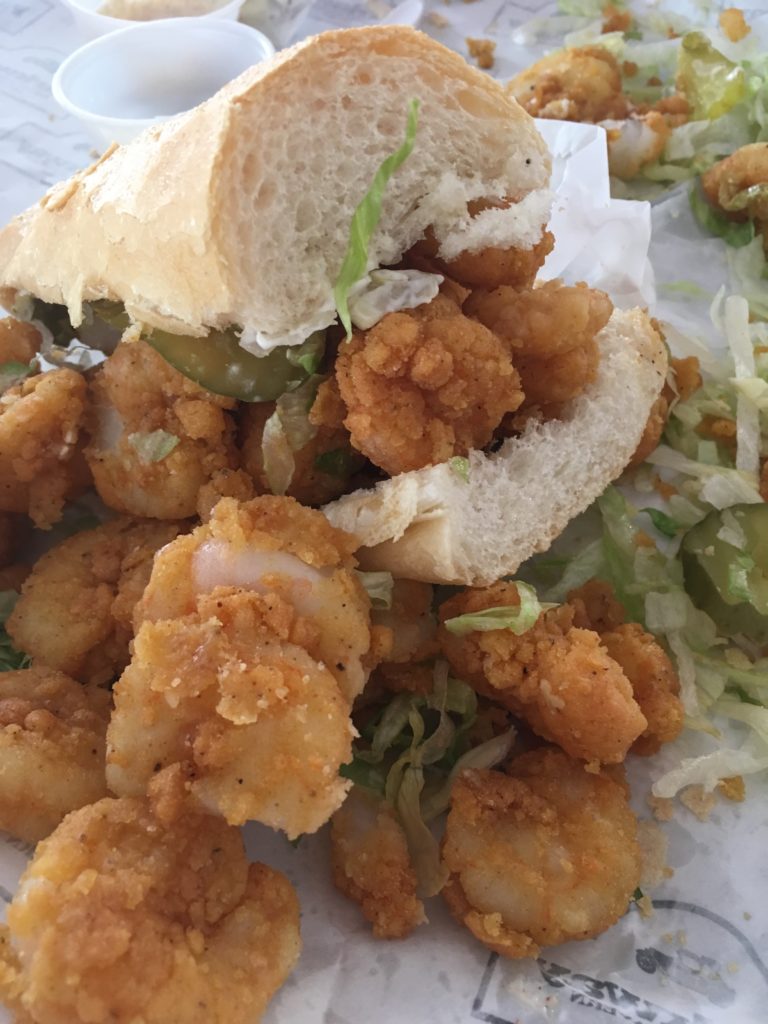 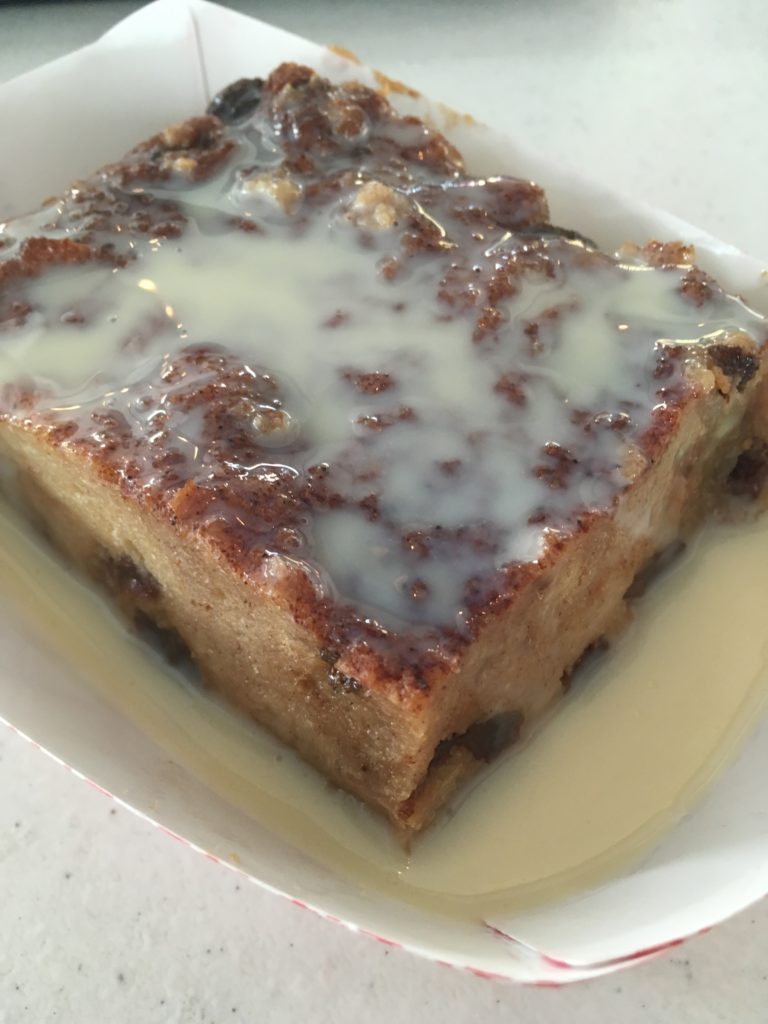 So the first time we went to New Orleans we tried a couple different po boy places and they were both good. This time around I wanted to try the absolute best place so I did my research and narrowed it down to two places. Above and a place called Domilise. Every local I asked stated the above place which is how we ultimately decided between the two. There was a lot of seating and a major plus? It had some of the best bread pudding I have had. It was SO good. This is not in the French Quarter so having a car will be helpful to get here! 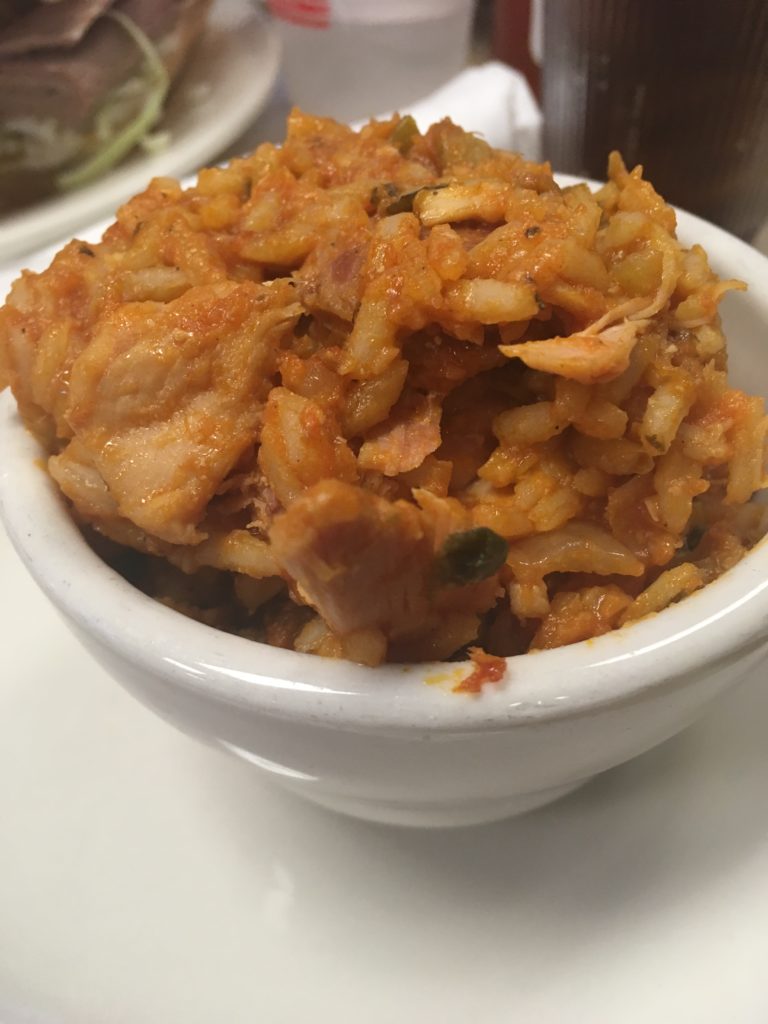 This was a place we went with my parents and it is just a short walk outside the quarter. This place usually has a long line but it also goes fast. I really liked this place! It had all the typical Nola food and I really liked the gumbo!! We got both types but I think it was the seafood one that was better? A hole in the wall place but it had some good stuff. 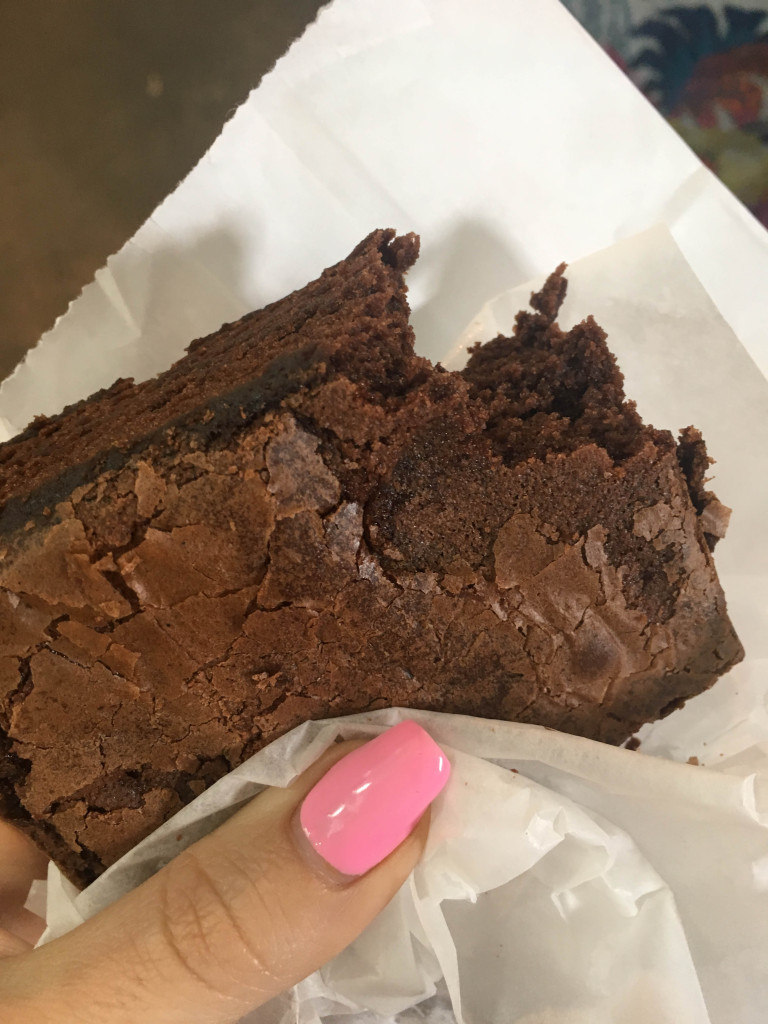 If you keep walking past Cafe Du Monde on your right you will run right in this place. They have tons of little stalls selling souvenirs and things and tons of little food vendors selling everything from sweets, smoothies, crepes to gator on a stick, crawfish and New Orleans classics. There is one little place selling cookies and brownies and they were all so soft and yummy. I really loved this brownie and their oatmeal cookie! This is a fun place to check out because you can sample lots of different things in one place. 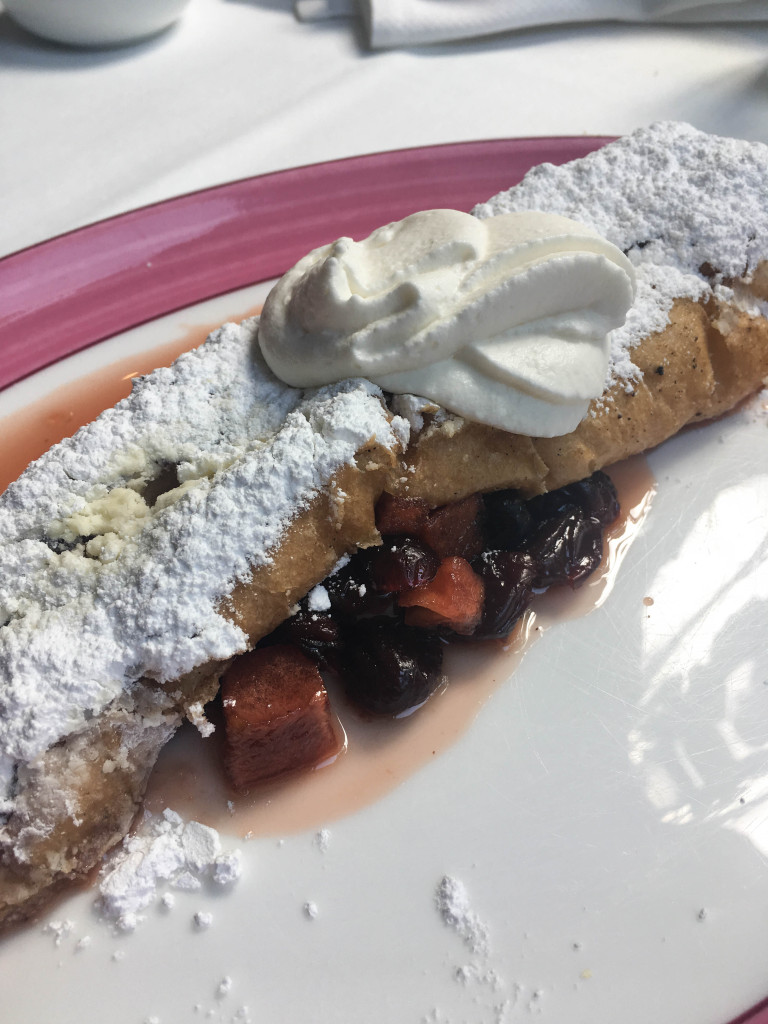 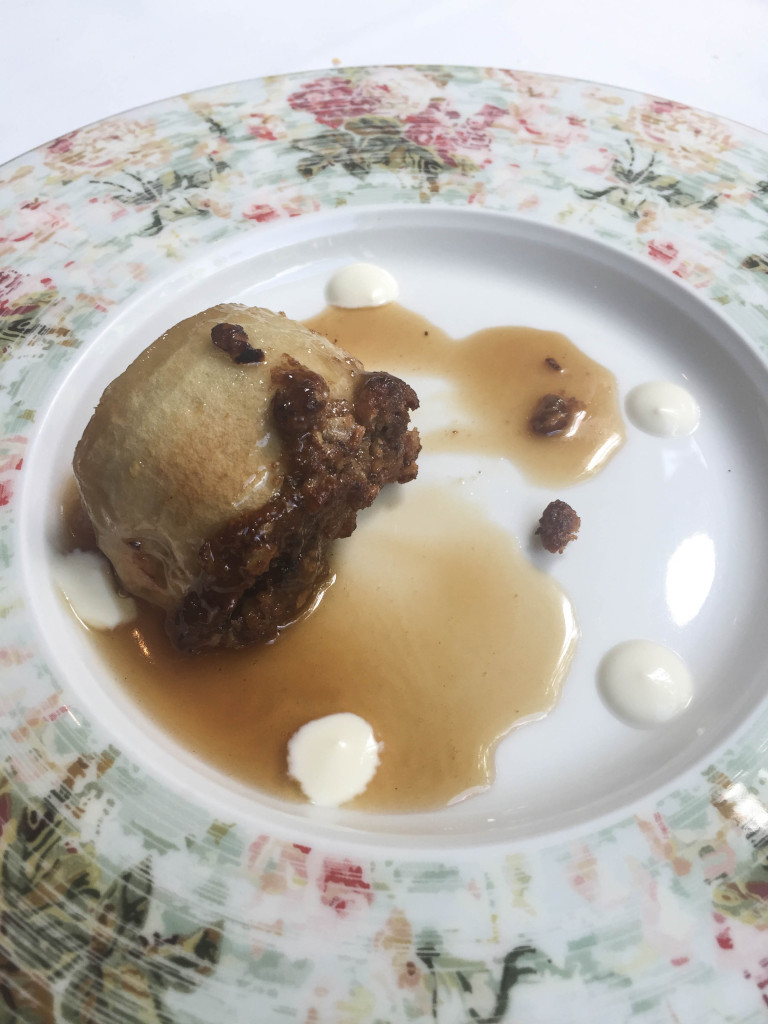 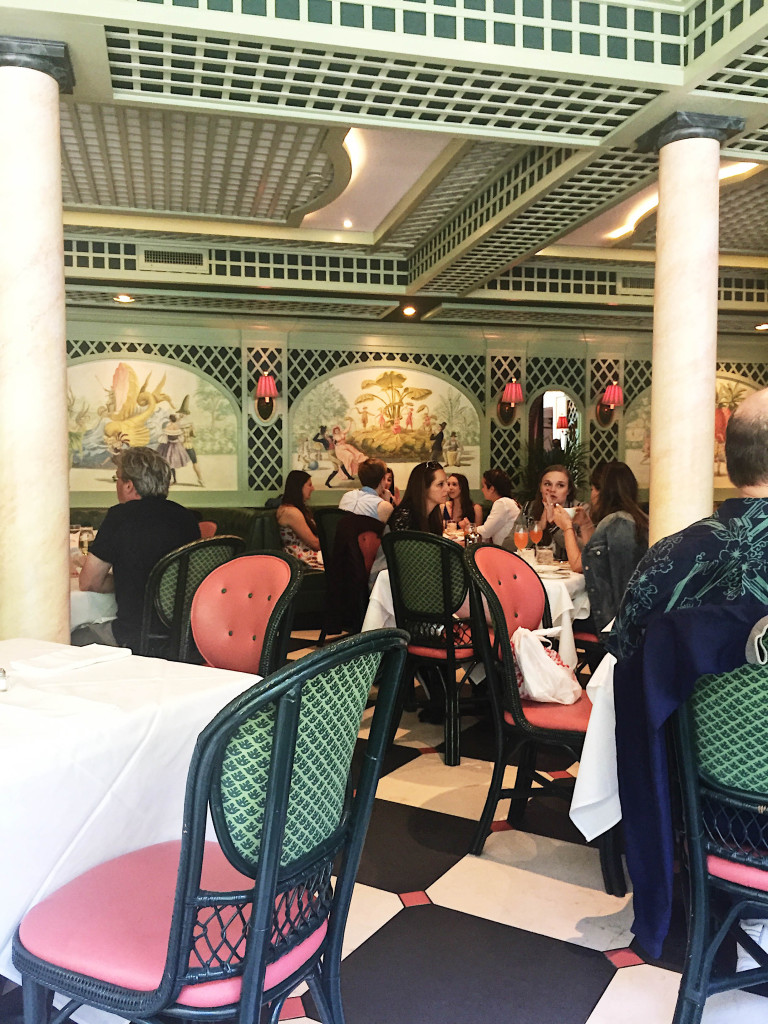 This place requires reservations. We watched people show up and be turned away. It is a cute pink building with the cutest interior! We got the french toast and the apple thing but we split both of them. They kept telling us the french toast was sweet and I was like I have the hugest sweet tooth on the planet I can handle it but they were not kidding hahaha, it was dang sweet. I think I could do without all the powdered sugar but Lyle loved it! I have said it before but I am not a frou frou food person. I don’t like really fancy places with weird foods but this place was written about everywhere so we gave it a try. It was really good, has tons of great reviews and created the bananas foster dessert which is really cool. 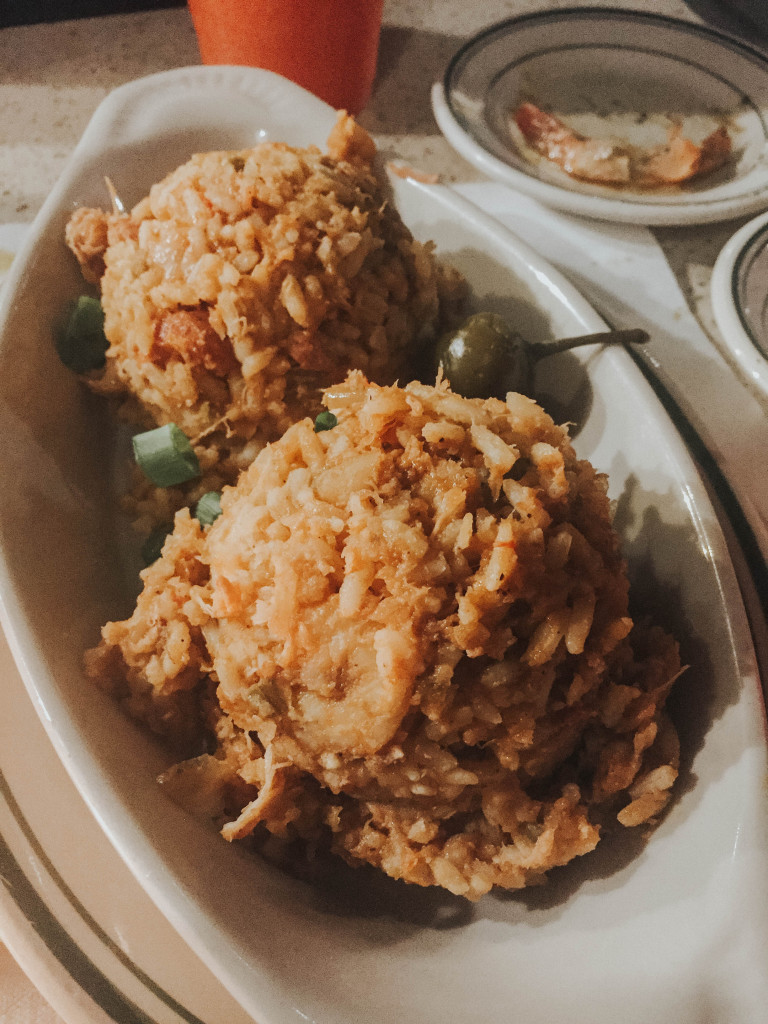 The first night we got in we headed here to get some gumbo and jambalaya. Both were really good. I loved how low key this place was and we sat out in the little courtyard and I loved it! I got the chicken andouille gumbo. I tried gumbo three times on this trip and my all time favorite was the gumbo from the restaurant at Oak Alley Plantation. It was a seafood gumbo and it was SO GOOD. Lyle got the po boy from there and that was great too so if you take a day trip out (which you need to) I recommend eating here! You should try the bread pudding.

For treats this time we tried the Creole Creamery (home made ice cream with really fun flavors), Bakery Bar to try some yummy doberge cakes (small and yummy-fun to try in a group but kind of expensive. This place had lots of good desserts and also does cocktails if thats your thing…its a dessert bar. Apparently the Red Velvet Elvis is amazing but the flavors rotate.) 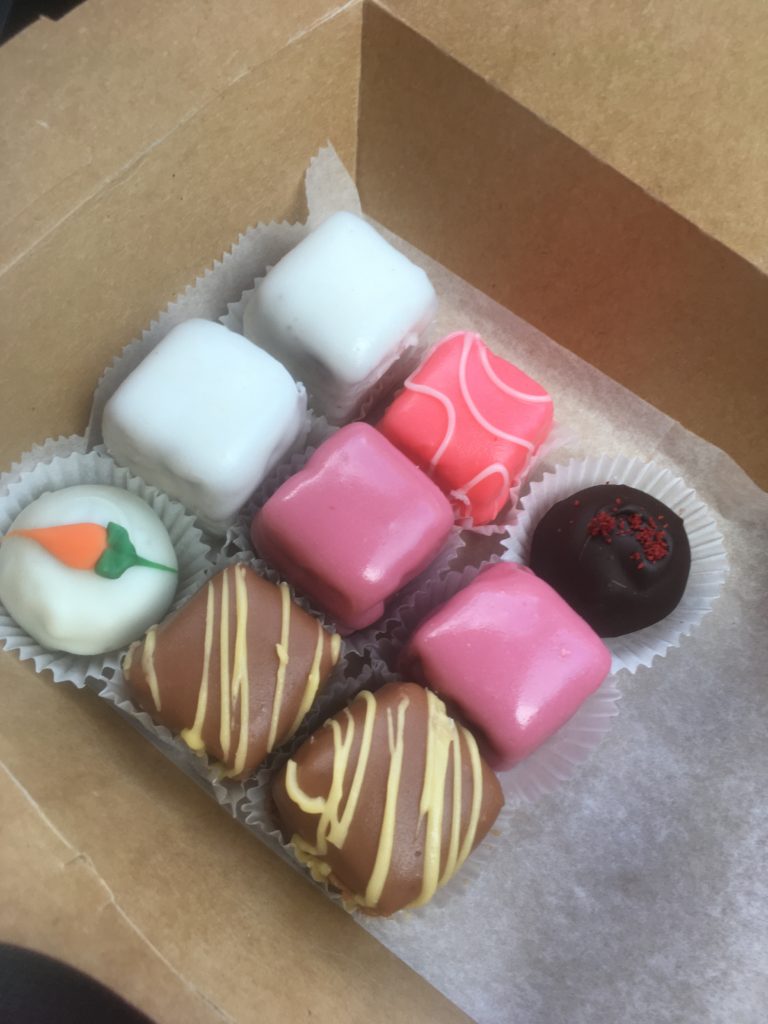 Willa Jean, Boucherie, Biscuits and Buns on Banks, St Roch Market (not a huge variety, nothing special) Sno Ball Hansens Sno Blitz (unless you like sno cones, I realized I don’t but if you do, you’ll probably love this place) 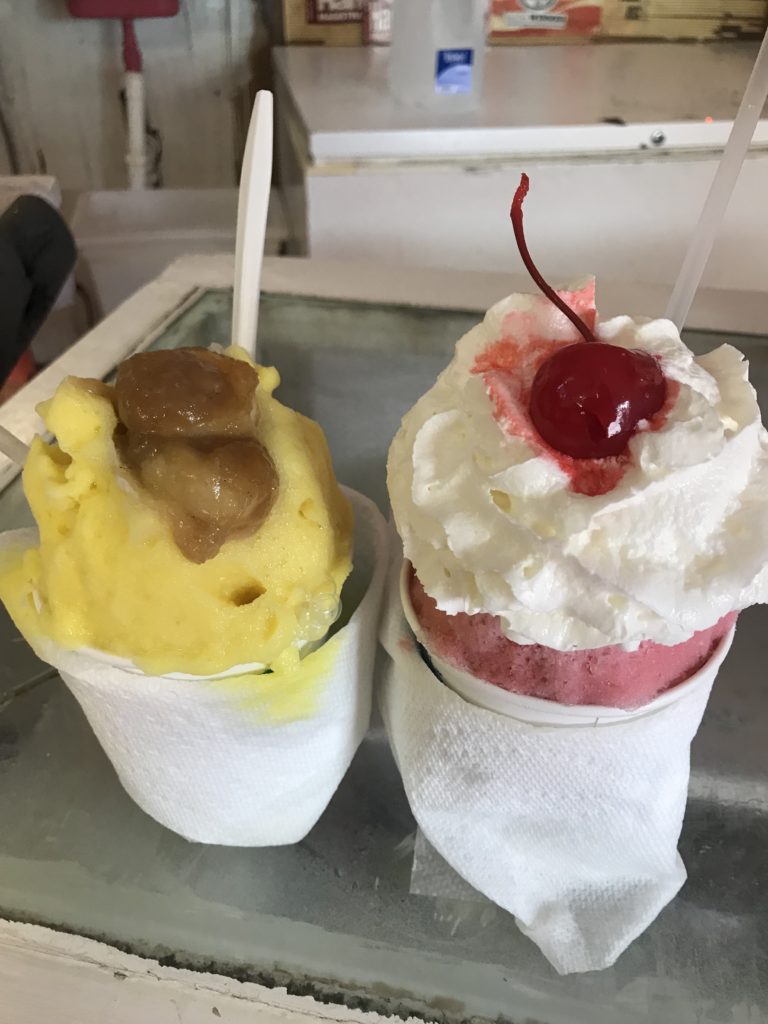 Definitely on my list for next time: I have tried to go to the Ruby Slipper both times but the wait was always too long and we always had reservations for other things so I am making it a priority next time. I heard it is the BEST breakfast place (besides District of course…I would do that and Ruby for breakfast/brunch)

Willie Maes Scotch House- I had two places I was really sad I didn’t get to try and this was one of them. Everyone said it has the absolute best fried chicken but it was hard to get to because it closes at 5 and wasn’t in the french quarter and our days were pretty packed. It is at the top of my list for next time.

Antoines- A New Orleans classic place to eat at. You need reservations! We didn’t eat here because it was another fancy place but I definitely want to go. You can even take a tour of all the rooms. It is one of the oldest family run restaurants in the country.

Ruby Slipper- I got recommended this place by multiple people and made space for it because it looked really good but District Donuts took over. This place had a huge and yummy menu and this will also be at the top of my life for next time.

Commanders Palace- This place was one of the ones I was saddest to miss out on. I really wanted to try their strawberry shortcake but I didn’t make reservations because our schedule was crazy and then I missed out. It is right by the huge district homes so you can do a tour through there and schedule a reservation for this place after. It is also fancy though and requires a dress code so keep that in mind!

Carousel Piano Bar and Lounge- We don’t drink so we didn’t go here but the carousel would be so cool to sit at. Look at some pictures of it!

Palace Cafe- Apparently this has the best bread pudding!

Galatoires- for amazing gumbo. There are so many places that sell gumbo but I was kind of limited because I didn’t want to eat any with duck or rabbit so I tried the seafood ones or just the plain chicken ones.

Angelo Brocato (a local made us promise to go here next time. It’s an ice cream shop and has Italian pastries. 4.8 out of  stars online)

Muriel’s if you want to dine with ghosts. See below picture. 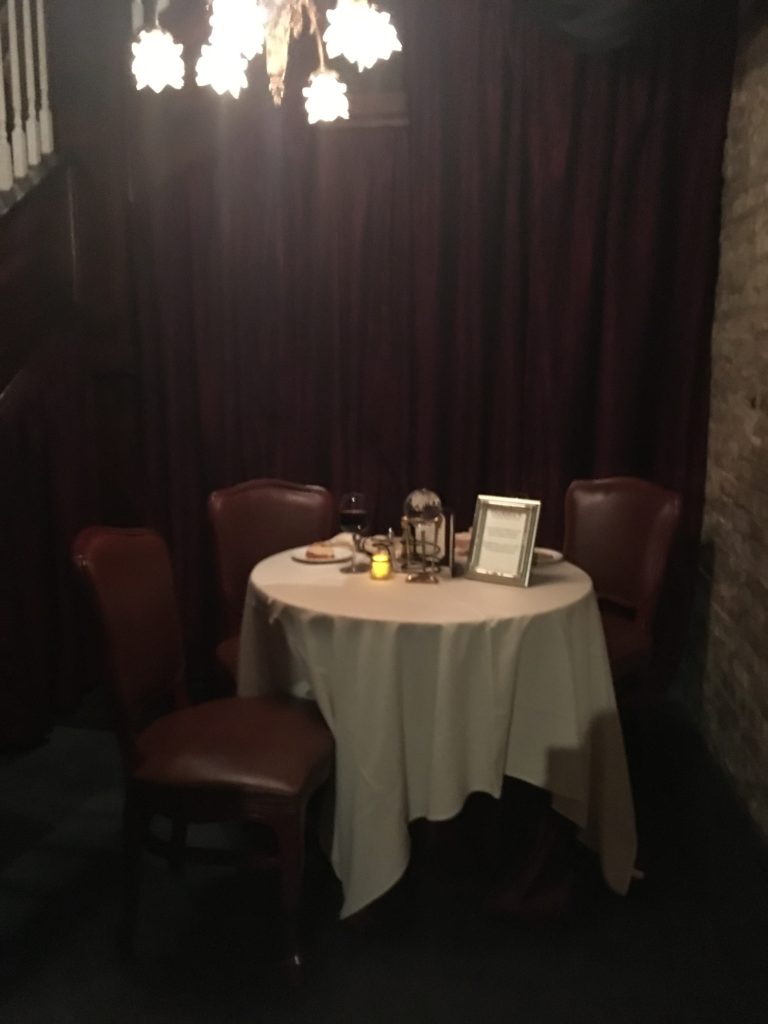